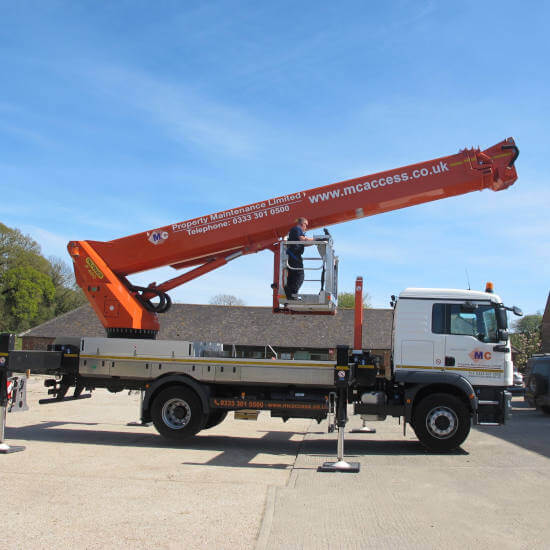 Choosing the right equipment for working at height is critical in order to complete the job safely and effectively. From simple ladders to cherry pickers, access platforms and scissor lifts, there is a wide range of options to choose from.

In a commercial setting, working at height is governed by the 2005 Work At Height Regulations which stipulate that all work must be planned, supervised and carried out by competent operators. Factors determining the right choice of equipment include the nature of the task to be carried out, the height you need to reach, site access and space restrictions, floor terrain and weight limits and nearby objects that could cause an obstruction.

Originally used for picking fruit from orchards, cherry pickers are a popular type of mobile elevating work platform (MWEP). They provide the height required as well as horizontal reach, making them the perfect choice of high access equipment in situations where ladders or scissor lifts just won’t do. Cherry pickers can move around with ease, accessing different parts of a building with maximum flexibility and without the need for static scaffolding.

At MC Property Maintenance, we have a fleet of cherry pickers available for hire, that can be used in a wide range of industries and for many applications. Here are some of the most common cherry picker uses:

Once you have decided that a cherry picker is the best type of high access equipment for the job, your next task is to choose the right model.

At MC Property Management, our fleet provides an extensive choice of high access platforms, including self-drive truck mounted, trailer-mounted and narrow tracked spider lifts. Our truck mounted Palfinger 480 (shown above) for instance can reach up to 48 metres, with an outreach of 31 metres. We also have operated cherry pickers and spider cherry pickers available for hire.

Take a look at our cherry picker hire fleet, along with our handy comparison table here, and get in touch to discuss your needs, our prices, availability and delivery options with our friendly, expert team.

Cherry pickers may be more widely known for their use in property maintenance and tree surgery but they also play an important role in popular culture. Whether it be the film, TV or sports industry, cherry pickers are widely used by cameramen and film directors to achieve those swooping shots you often see taken from way up in the air.

From Harry Potter and Lord of the Rings, to Marvel blockbusters and Disney classics, cherry pickers are a lot more widely used in the film and TV industry than you might think, providing directors with unique angles to achieve that perfect shot.

Join us as we take a look at three key examples of cherry pickers shown on TV, in film or just generally in popular culture. Let’s get started.

Back in 2015, the infamously controversial Kanye West was one of the headline acts at Glastonbury. During a performance of ‘Touch The Sky’ – one of his best known songs – the rapper was raised 30 metres in the air, courtesy of a cherry picker he’d hired for the night. You can see the effect in the picture above.

Floating over fans for the rest of the song and another of his songs – ‘All Of The Lights’ – Kanye was met with loud cheers and huge singalongs from the crowd.

Panel-based quiz shows have been a hugely popular type of TV program over the years. With shows like Mock The Week, Never Mind The Buzzcocks, QI and Would I Lie To You often repeated over and over again, it wasn’t going to be too long before a cherry picker made an appearance in one of them.

Back in October 2015, a new gameshow fronted by Hugh Dennis, Ben Miller and Professor Brian Cox called 6 Degrees of Separations was shown on the BBC for the first time and did exactly that. In one of the show’s early episodes, Cox and co used a cherry picker to ‘mythbust’ a popular scientific theory.

Global warming and climate change are two topics that have been a mainstay of the news for several decades. These issues were both widely addressed back in 2006, when Laurie David released a film highlighting Al Gore’s campaign to educate people about global warming.

Within the film, which documents a hard-hitting slide show written and performed by Al Gore, a cherry picker was used to lift the former United States Vice President into the air and highlight the growing amount of carbon dioxide currently seen in our atmosphere.

If you are looking to hire a cherry picker, you’ve come to the right place. Here at MC Property Maintenance, we offer a wide range of cherry pickers to choose from and are confident we can help, whatever your requirements may be. For further information, please get in touch with us today. 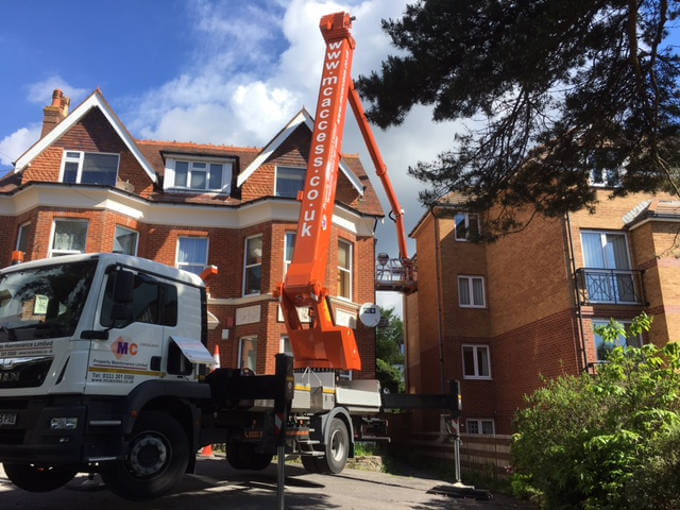 Great for a range of projects

As well as taking care of getting to those tricky to reach places, operated cherry picker hire is perfect for an extensive range of projects. Whether you’re working on a domestic project or a commercial site, an operated cherry picker can help. A qualified operative can help save you time on a whole range of projects including maintenance, building inspections, window cleaning, plumbing, gutter cleaning, tree surgery and much more.

If you’re considering using an operated cherry picker hire service, think about your project beforehand. This way, the operative can come with the right equipment and the best cherry picker for the task at hand. They can then help operate the cherry picker, helping you get the job done quickly and efficiently.

Not everyone is qualified to operate a cherry picker. Some cherry pickers and high access equipment require the right training to use. Others such as cherry pickers under 3.5 tonnes will require a full driving licence in order for you to be allowed to operate them. If you don’t have the proper qualifications, then you should consider operated cherry picker hire.

If you are working on a project and are interested in operated cherry picker hire, don’t hesitate to get in touch with us today. Our IPAF qualified operators are highly experienced and can provide you all the help and support you need while on site. For more information on our operated cherry picker hire services, contact our friendly team now on 01243 530 076. Our knowledgeable team can help you find the best solution for your project and provide expert operated hire services across the South of England.

We were asked to help on this job in Southampton, the outreach on this job was essential, we said no problems when do we start. 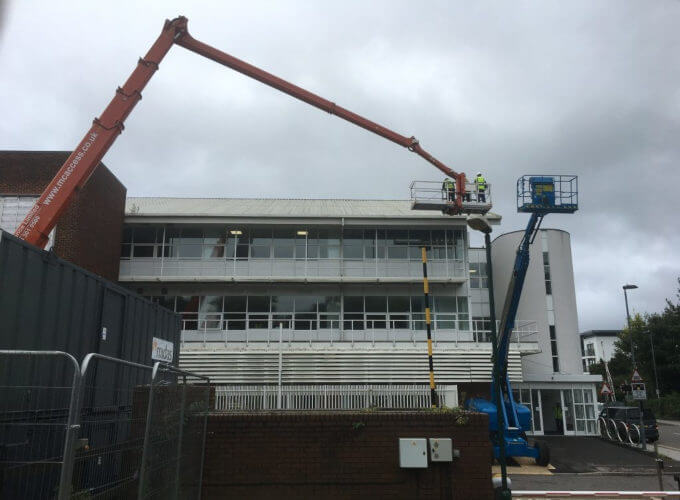 This prestigous Hotel in Hampshire needed their chimneys cleared of debris and we also took advantage of the day to give the roofs a thorough inspection for any potential future works that might be required. 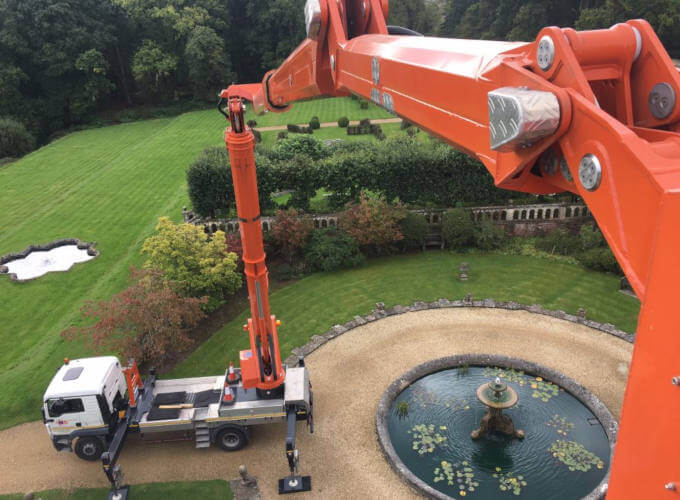 Contact us to discuss your requirements with our friendly, expert team

Or get in touch with us on:

We are members of the Construction Plant-hire Association

Please get in touch using the form below