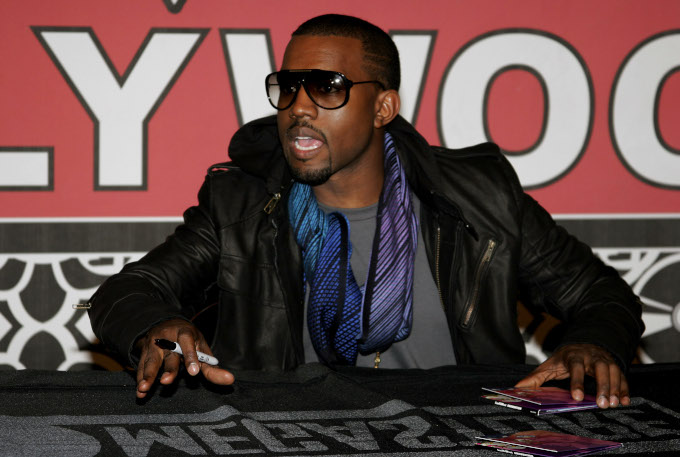 Cherry pickers may be more widely known for their use in property maintenance and tree surgery but they also play an important role in popular culture. Whether it be the film, TV or sports industry, cherry pickers are widely used by cameramen and film directors to achieve those swooping shots you often see taken from way up in the air.

From Harry Potter and Lord of the Rings, to Marvel blockbusters and Disney classics, cherry pickers are a lot more widely used in the film and TV industry than you might think, providing directors with unique angles to achieve that perfect shot.

Join us as we take a look at three key examples of cherry pickers shown on TV, in film or just generally in popular culture. Let’s get started.

Back in 2015, the infamously controversial Kanye West was one of the headline acts at Glastonbury. During a performance of ‘Touch The Sky’ – one of his best known songs – the rapper was raised 30 metres in the air, courtesy of a cherry picker he’d hired for the night. You can see the effect in the picture above.

Floating over fans for the rest of the song and another of his songs – ‘All Of The Lights’ – Kanye was met with loud cheers and huge singalongs from the crowd.

Panel-based quiz shows have been a hugely popular type of TV program over the years. With shows like Mock The Week, Never Mind The Buzzcocks, QI and Would I Lie To You often repeated over and over again, it wasn’t going to be too long before a cherry picker made an appearance in one of them.

Back in October 2015, a new gameshow fronted by Hugh Dennis, Ben Miller and Professor Brian Cox called 6 Degrees of Separations was shown on the BBC for the first time and did exactly that. In one of the show’s early episodes, Cox and co used a cherry picker to ‘mythbust’ a popular scientific theory.

Global warming and climate change are two topics that have been a mainstay of the news for several decades. These issues were both widely addressed back in 2006, when Laurie David released a film highlighting Al Gore’s campaign to educate people about global warming.

Within the film, which documents a hard-hitting slide show written and performed by Al Gore, a cherry picker was used to lift the former United States Vice President into the air and highlight the growing amount of carbon dioxide currently seen in our atmosphere.

If you are looking to hire a cherry picker, you’ve come to the right place. Here at MC Property Maintenance, we offer a wide range of cherry pickers to choose from and are confident we can help, whatever your requirements may be. For further information, please get in touch with us today.

Contact us to discuss your requirements with our friendly, expert team

Or get in touch with us on:

We are members of the Construction Plant-hire Association

Please get in touch using the form below